ADExplorerSnapshot.py – An AD Explorer Snapshot Parser. It Is Made As An Ingestor For BloodHound, And Also Supports Full-Object Dumping To NDJSON

ADExplorerSnapshot.py – An AD Explorer Snapshot Parser. It Is Made As An Ingestor For BloodHound, And Also Supports Full-Object Dumping To NDJSON 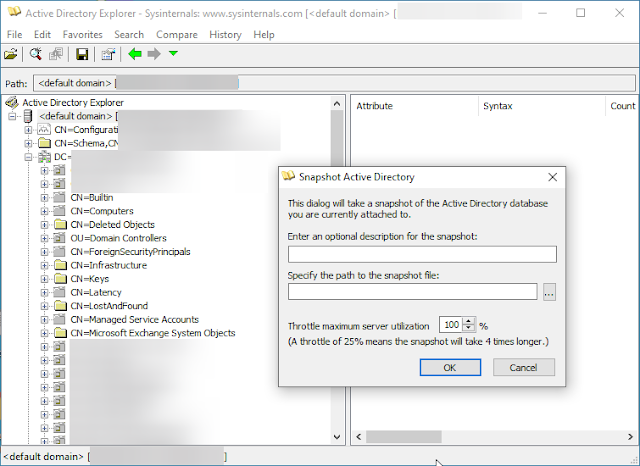 ADExplorerSnapshot.py is an AD Explorer snapshot parser. It is made as an ingestor for BloodHound, and also supports full-object dumping to NDJSON.

AD Explorer allows you to connect to a DC and browse LDAP data. It can also create snapshots of the server you are currently attached to. This tool allows you to convert those snapshots to BloodHound-compatible JSON files, or dump all available objects in the snapshot to NDJSON for easier processing.

In Objects output mode, all attributes for every object are parsed and outputted to NDJSON format.

This library is now supporting the BloodHound v4.1+ output format (JSON format v4). For the old v3 output format, you can use the code in the v3-format branch.

Making snapshots in AD Explorer is more network-intensive than the traditional BloodHound ingestors as it attempts to retrieve all objects it can from the LDAP.

ADExplorerSnapshot.py will create caches of information for quicker lookups while processing the data. Especially when processing larger snapshots (e.g. 4GB+) you will also need to have sufficient RAM available. In my tests, about half of the snapshot file size was required in RAM.

The library was tested with a number of data sets, please create an issue report if you run into problems.

The AD Explorer snapshot parser is implemented as its own module, which could also be used individually.

The format in which snapshots are stored by AD Explorer is proprietary and led to a fun reverse engineering journey. A 010 editor template is included in this repository, which I used for iteratively mapping out the contents of the snapshot into structs.

ADExplorerSnapshot.py relies on the following projects: