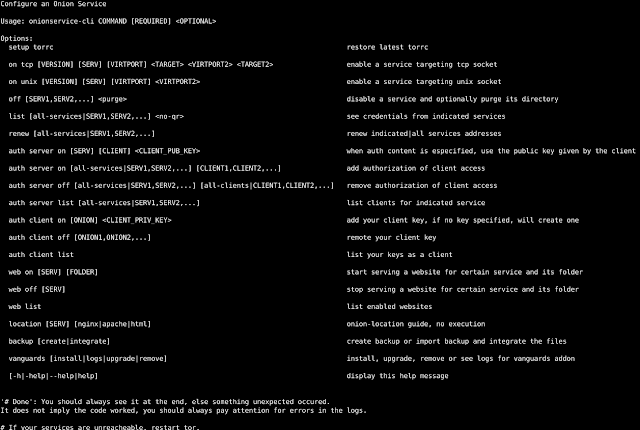 WARNING: do not trust this repo yet, backup your hs keys in another location. This project has not been released and should be considered for development only.

Quick link to this repository: https://git.io/onionservice 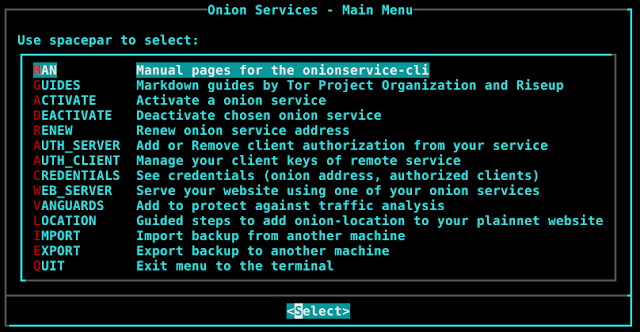 Onion Services are the Hidden Services of Tor which use onion routing as its base for stablishing private connections. They offer:

For a deeper understanding, read the Rendezvous Specification and Tor design.

Onion Routing tries to solve most of these problems but it is still centralized by the Directory Authorities, and referencing Matt Traudt's blog post: replacing it for something more distributed is not a trivial task.

On the Tor echosystem, from TPO metrics, comparing only Free and Open Source Operating Systems, Linux dominates on relays by platform and Tor Browser downloads by platform over BSD. Data regarding which operating system the onion service operator can not be easily acquired for obvious reasons. That was on the network level, but know on the user system, even if one chooses a Free and Open Source Operating System, GNU/Linux dominates a big share over *BSD, having a huge impact on the main software used for the kernel (Linux), shell (bash), service manager (systemd).

The goal of this project is:

Descentralization from a single point of failure:

Editing the tor configuration file (torrc) is not difficult, but automation solves problem of misconfiguration and having:

Edit the required variables to fit your system inside .onionrc following the same format from the already defined variables. Note that no variable that refers to a folder end with a trailing "/". Keep it that way, else it will break. The packages can have different names depending on the operating system, modify accordingly.

Set the default editor of your choice, else it will always fallback to Vi. This is an example using nano, but could be any other editor:

Determine the enviromental variable ${ONIONSERVICE_PWD} and add the directory to ${PATH}.

For this, you have two options:

The repo is now in your $PATH, if you have setup the environment as described above. This means you can call the scripts as if they were any other command.

There are some ways to call the scripts, evaluate the advantages and disadvantages:

Take a loot at the documentation inside docs folder. Read:

The default POSIX shell of your unix-like operating system may vary depending on your system (FreeBSD and NetBSD uses ash, OpenBSD uses ksh, Debian uses dash), but it has a symbolic link leading to it on /usr/bin/sh and/or /bin/sh.

Tweak to be compatible with non-POSIX compliant shells::

Works unix-like operating systems, tested by the maintainer mostly on GNU/Linux Debian 11. Work is being done for *bsd systems, sed is using this trick.

The packages are downloaded when setting up the environment with setup.sh, the packages that are requirements are specified on .onionrc. The absolute minimum you can go to is tor grep sed, and you will be limited to enable, disable and renew services.

These are projects that inspires OnionService development, each with their own unique characteristic.