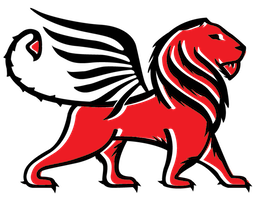 With the Manticore User Interface (MUI) project, we provide a graphical user interface plugin for Binary Ninja to allow users to easily interact with and view progress of the Manticore symbolic execution engine for analysis of smart contracts and native binaries.

ATTENTION
This project is under active development and may be unstable or unusable. Please open an issue if you have any difficulties using the existing features. New feature development will be considered on a case by case basis.

Aside from the Python requirements, we require the following:

MUI requires a copy of Binary Ninja with a GUI. Currently we are testing against the latest dev release(s) (2.4.2901-dev at time of writing).

Manticore only operates on native binaries within a Linux environment. EVM support has only been tested on Mac and Linux, and it requires the installation of ethersplay.

Python dependencies are currently managed using requirements.txt and requirements-dev.txt. You can run make init to set up a development environment.

Activating the python virtual environment (do this before running other make commands):

Code style and linting can be followed by running the following:

Tests for code without Binary Ninja interaction can be run if you have a headless version of binary ninja available, otherwise only non-Binary Ninja tests will be run:

Adding a new dependency can be done by editing requirements.txt or requirements-dev.txt and then running the following in the virtual environment:

All MUI features can be accessed through either the right-click context menu or the command palette. Common features include:

And the following widgets are available: 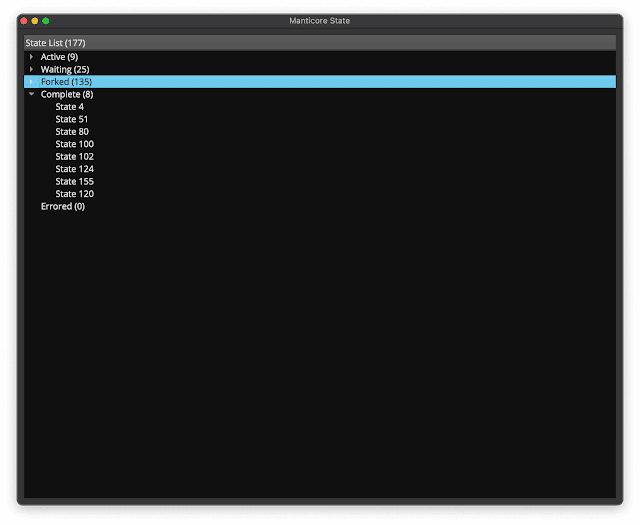 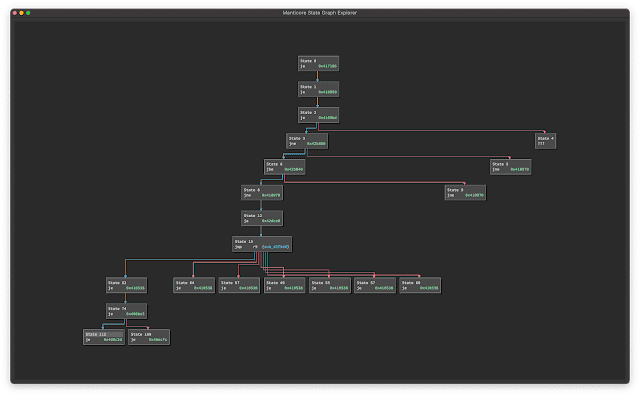 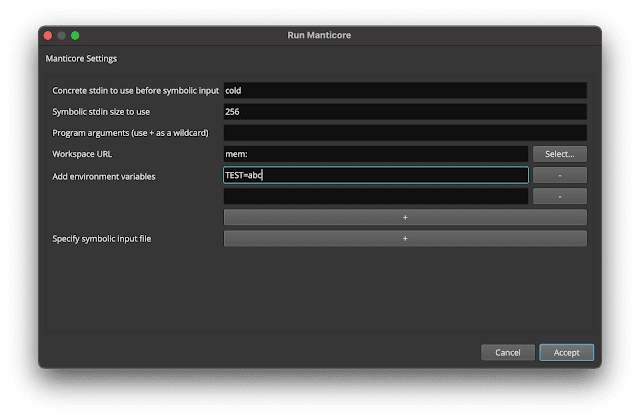 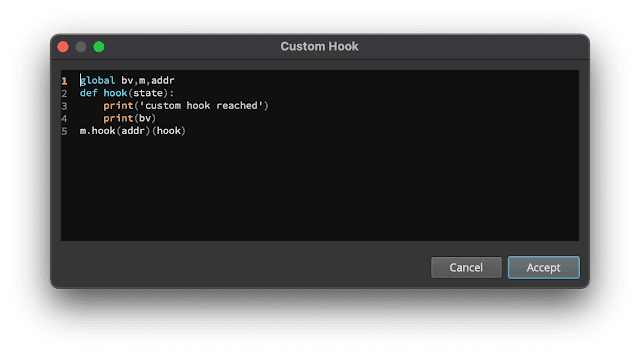 EVM support is currently a bit limited. MUI EVM only supports the same feature set as the Manticore CLI tool. Available commands include:

And the following views are implemented: 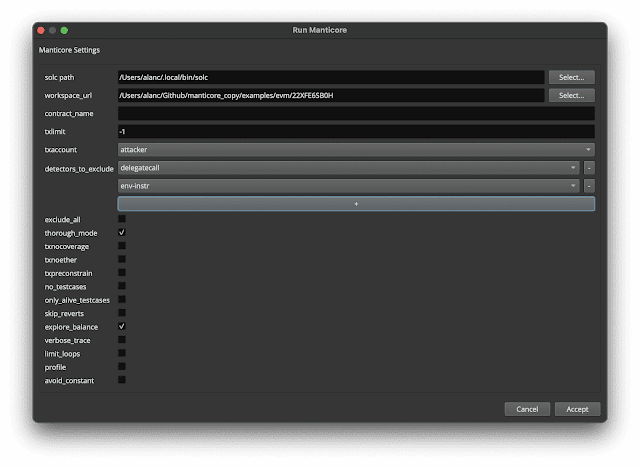 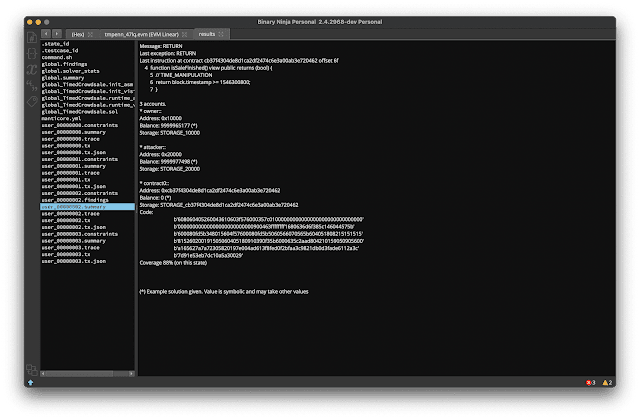