Hashcatch deauthenticates clients connected to all nearby WiFi networks and tries to capture the handshakes. It can be used in any linux device including Raspberry Pi and Nethunter devices so that you can capture handshakes while walking your dog
Written by @SivaneshAshok 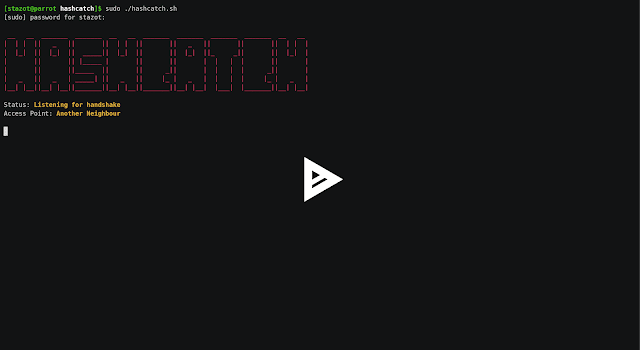 Features to be added
PS: Even though I was working on this script few days before @evilsocket posted about his pwnagotchi, his work has definitely been an inspiration for this project!